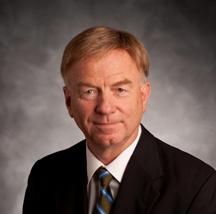 Included are multiple cases involving children with cerebral palsy caused by birth injury, poor neonatal care, or failure to diagnose meningitis or group B strep.  He also represents children and adults injured as a result of misdiagnosis, surgical or radiology mistakes, failure to diagnose cancer and other types of malpractice.

Lee has recovered millions of dollars in damages for his clients, including a $3.75M award in 2004, the largest reported medical malpractice recovery for that year.  In 2005 his recovery of $1.8Mfor clients involved in an auto crash was one of the top personal injury recoveries in Minnesota for that year. In 2006 and 2008, Lee recovered $2.75M and more than $1M in other medical malpractice cases.

In 2006, Bissonette was named a "Super Lawyer", recognized among the top 5% of Minnesota attorneys by Minnesota Law & Politics magazine. He is AV® Peer Review Rated - the highest possible Peer Review Rating from Martindale-Hubbell.